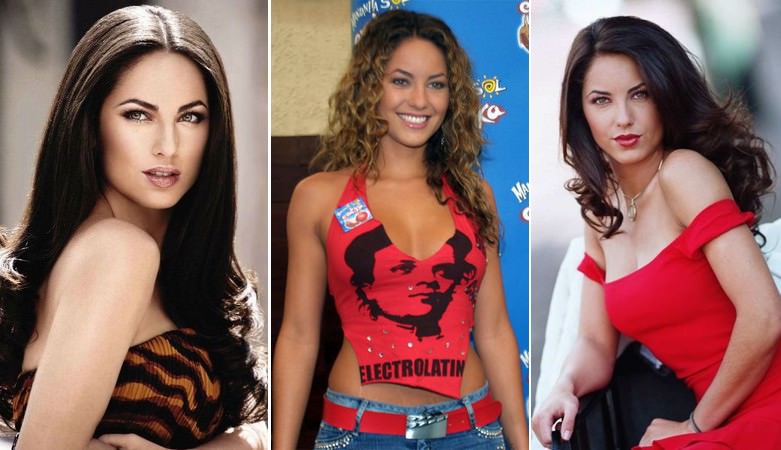 If you are not familiar with Mexican beauty, it’s time to change the situation. The local actresses, singers, and models do a great job of representing local charm. If you don’t believe us, check their pictures. You won’t be disappointed with what you’ll see. But before you go any further, let’s have a look at the list of the hottest Mexican ladies in the movie, music, and model industry. (March 9, 1983) Maite Perroni is a talented actress, singer, and songwriter who has gained immense popularity in the Mexican series Rebelde and Dark Desire. In 2016, her acting talent was admitted with TVyNovelas Award and People en Espanol Award. Her following roles in Papa a toda madre and Cachito de cielo were also quite successful. Meanwhile, her music career didn’t stay still. Tu y Yo and A Partir De Hoy have become leading singles in Latin America. Maite Perroni has become the first celebrity who got a Barbie doll design after her. Thanks to a striking appearance, she found herself in People’s list of the most beautiful women in Mexico and worldwide more than once. (August 26, 1971) Ariadna Thalía Sodi Miranda or Thalía is mainly known as a top singer in Mexico. International media resources often call her “the Queen of Latin Pop” due to her incredible contribution to this genre. Arrasando, No Me Enseñaste, and Cerca de Ti are the works that made her the most prominent Latin singer in the world. You can hardly find any other singer in Latin America with 17 nominations for Billboard Latin Music Award and 7 nominations for Latin Grammy Award. And it will be even harder to find a Latin singer with the star on the Hollywood Walk of Fame. Well, Thalis succeeded in this too. Apart from her music career, Thalia conquered TV as well. She starred in famous telenovelas, such as Maria Mercedes, Marimar, and Rosalinda. Her acting talent found reflection in her fans’ hearts all over the world. (January 30, 1990) González Reyna is one of the hottest actresses and singers in Mexico. She became famous after the role of Lola Valente in the musical telenovela Lola, érase una vez. Thanks to her language skills, Reyna managed to continue her acting career in Hollywood. Her further roles in From Dusk till Dawn: The Series, Baby Driver and Hobbs & Shaw added popularity to her personality on the international arena. Although her music career didn’t last long, it is still marked with two successful albums and a few memorable singles. (February 24, 1983) Priscila Perales is known for her acting talent and modeling beauty. She was a top ten finalist in the Miss Universe 2006 and a winner in Miss International 2007. As for her roles on TV, she is mainly involved in Hispanic soap operas like Corazon Valiente, Pasion Prohibida, and Reina de Corazones. While Priscila doesn’t have rewards for her acting career, she has topped the ranking of Desirable Mexican women celebrities more than once. (May 14, 1986) Now that you know about Thalia, have a look at her niece. Camila Sodi is as beautiful and talented as her aunt. She started her career in modelling where she cooperated with the well-known fashion designers. Later on, she tried herself on TV by starring in Inocente de Ti, Senorita Polvora, and A que no me dejas. Her roles in the movies like El búfalo de la noche, Arráncame la vida, and Camino a Marte were critically acclaimed, which only strengthened her status as a celebrity. (July 22, 1992) When it comes to hot Latin women, Selena Gomez is probably the most recognizable one. Although she was born in the United States, her father is of Mexican ancestry. This is why we dare to add her to this list. Her way to fame started at an early age when she was selected to appear on the series Barney & Friends. But it was Wizards of Waverly Place that made her admired by the audience most. Despite the overall success on TV, her music career put her on a pedestal with the biggest stars. You can hardly find a teenager who doesn’t know her Come & Get It, Same Old Love, or We Don’t Talk Anymore songs. (April 8, 1977) Ana de la Reguera is a popular model and actress in Latin America. Her father was Mexican, although Carolina was born in Venezuela. Her way to stardom started from Volver a vivir where she had a supporting role. Later on, she was entrusted with some of the lead roles in telenovelas, including Valeria, Inocente de ti, La mujer de Lorenzo, and Cosita Linda. Her sweet facial features took the heart of fans all over Latin America. (December 11, 1984) This talented Mexican actress started her career in TV series Subete A Mi Moto. Her bright appearance couldn’t be left unnoticed. The further roles in Crazy, El Clon, La Fuerza del Destino, and La usurpadora won her multiple nominations for prestigious awards. During her music career, she performed in more than 200 concerts and introduced two albums that were of huge success. In 2012, People en Espanol named Sandra one of the 50 most beautiful people in the world. In 2018, she was on the top 10 most beautiful and hottest Mexican actresses list. After all, a great combination of beauty and talent can’t have too much recognition. 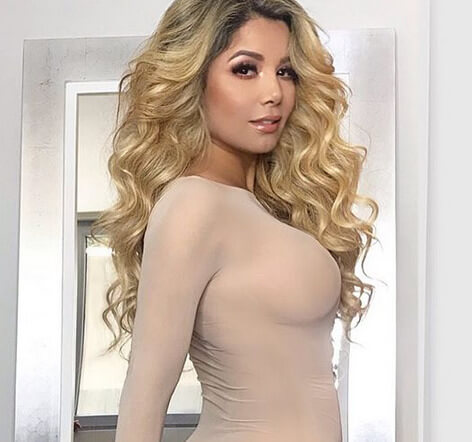 (January 24, 1981) Aleida Nuñez is a Mexican actress, singer, and model. After being a pageant queen in various regional contests during her teen years, she decided to conquer media communications. This was when she became a conductor in various programs on channel 10 of León. Thanks to her attractive appearance, she had a lot of supporting roles in TV series, such as Las vias del amor, La fea mas bella, Cuando me enamoro, La Mexicana y el guero. (September 2, 1966) Salma Hayek is viewed by many as a Hollywood star. But she is actually a Mexican actress who started her acting career in the telenovela Teresa and the film El Callejon de los Milagros. After her relocation to Los Angeles, she came to prominence with her roles in Desperado, From Dusk till Dawn, and Wild Wild West. Her further movies were not less successful. She even received an Academy Award nomination for her lead performance in Frida. Her public image has always been based on the smart combination of sophisticated sexuality. Even now that she is in her 50s, she manages to look fantastic. (September 29, 1976) Niel Conde started her music career in 2003 when her single Callidos saw the world. The same year, she tried her acting skills in Rebelde and Fuego en la sangre that remain her most prominent role. She was also involved in the contest reality show El Show de los Sueños, where she participated alongside Kalimba Marichal, DJ Flex/Nigga, and Mariana Seoane. During her long-term career, she received a lot of awards and honors for her music and acting career. (June 17, 1971) Paulina Rubio is one of the best-selling Latin music artists of all time. Her albums La Chicka Dorada, 24 Kilates, and Planeta Paulina were commercial successes. Her album Pau Latina won her nominations for Grammy Award and Latin Grammy Award. Her songs Te Quise Tanto, Ni Una Sola Palabra, and Me Gustas Tanto are admired by every Mexican person. The status of the superstar made her one of the most powerful and influential women in Mexico for many years. (August 7, 1986) Altair Jarabo is a hot Mexican woman of many talents. She started her way to recognition as a fashion model. After the cooperation with famous designers and the participation in multiple commercials, she tries herself in antagonistic roles in lots of telenovelas that include Subete A Mi Moto, Codigo Postal, Llena de amor, and Que te perdone Dios. Most of them brought her nominations for prestigious awards in Latin America. (February 11, 1995) Tracy Saenz has nothing to do with music or cinematography, as she is totally dedicated to fitness. Every Mexican girl is dreaming about having her body fit. Thanks to her excellent physique, Tracy Saenz achieved success in fashion and modeling. Her popularity is mainly focused on online platforms like Instagram and Facebook where she has several millions of followers. (April 28, 1981) Jessica Marie Alba was recognized as a sex symbol of Hollywood many times. Although her life has always been associated with California, she doesn’t forget about her Mexican roots. She started taking acting classes at the age of five. Eventually, she was invited for the role of Jessica in the series The Secret World of Alex Mack. After a few other roles on TV, she finally received worldwide recognition for the lead role in Dark Angel. The roles in Good Luck Chuck, The Eye, and Sin City made her one of the most desired girls on the planet. Mexico is a beautiful country with the highest concentration of hot successful women.