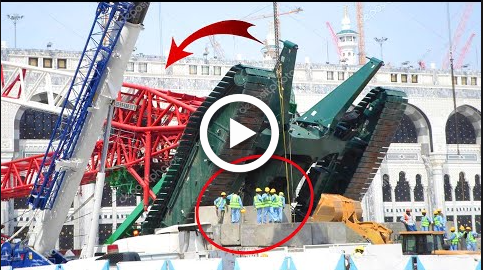 The first known crane machine was the shadouf, a water-lifting device that was invented in ancient Mesopotamia (modern Iraq) and then appeared in ancient Egyptian technology. Construction cranes later appeared in ancient Greece, where they were powered by men or animals (such as donkeys), and used for the construction of buildings. Larger cranes were later developed in the Roman Empire, employing the use of human treadwheels, permitting the lifting of heavier weights. In the High Middle Ages, harbour cranes were introduced to load and unload ships and assist with their construction—some were built into stone towers for extra strength and stability. The earliest cranes were constructed from wood, but cast iron, iron and steel took over with the coming of the Industrial Revolution.